When betting giants Ladbrokes took over what had been the Hennessy meeting at Newbury, making a big impact was a priority. The previous contract had been one of racing’s longest-standing sponsorships and the new backers wanted to become synonymous with the Ladbrokes Winter Carnival meeting, and quickly.

The Winter Carnival is the perfect occasion to enjoy festive menus, mulled wine and winter cocktails, dusting off your best outfit to get together with friends and loved ones and welcome Christmas in style. This “proper day of racing” is one of the most iconic races in Britain, won by many greats, including Denman, Many Clouds and Native River.

Their bright-red livery is wonderfully eye-catching against the green course and as well as blanketing as much of the racecourse and paddock as possible, we worked with Ladbrokes and Newbury Racecourse to identify the most visible locations – branding the windows of the new Owner’s Club, the upright of the new big screen.

Since its first recorded race, called “Newbury Races” took place in 1805, the Newbury area has come a long way, becoming an institution in the British sporting world. Newbury Racecourse, however, didn’t come into existence until the 1900, when Kingsclere trainer John Porter proposed a new racecourse at Newbury. After having his plans rejected several times, as The Jockey Club had laid down strict qualifications for new racecourses, a chance meeting with King Edward VII made it happen for Porter. With the King’s support, his application was approved by the Jockey Club and the first paragraph in the book of the Newbury Racecourse was written. 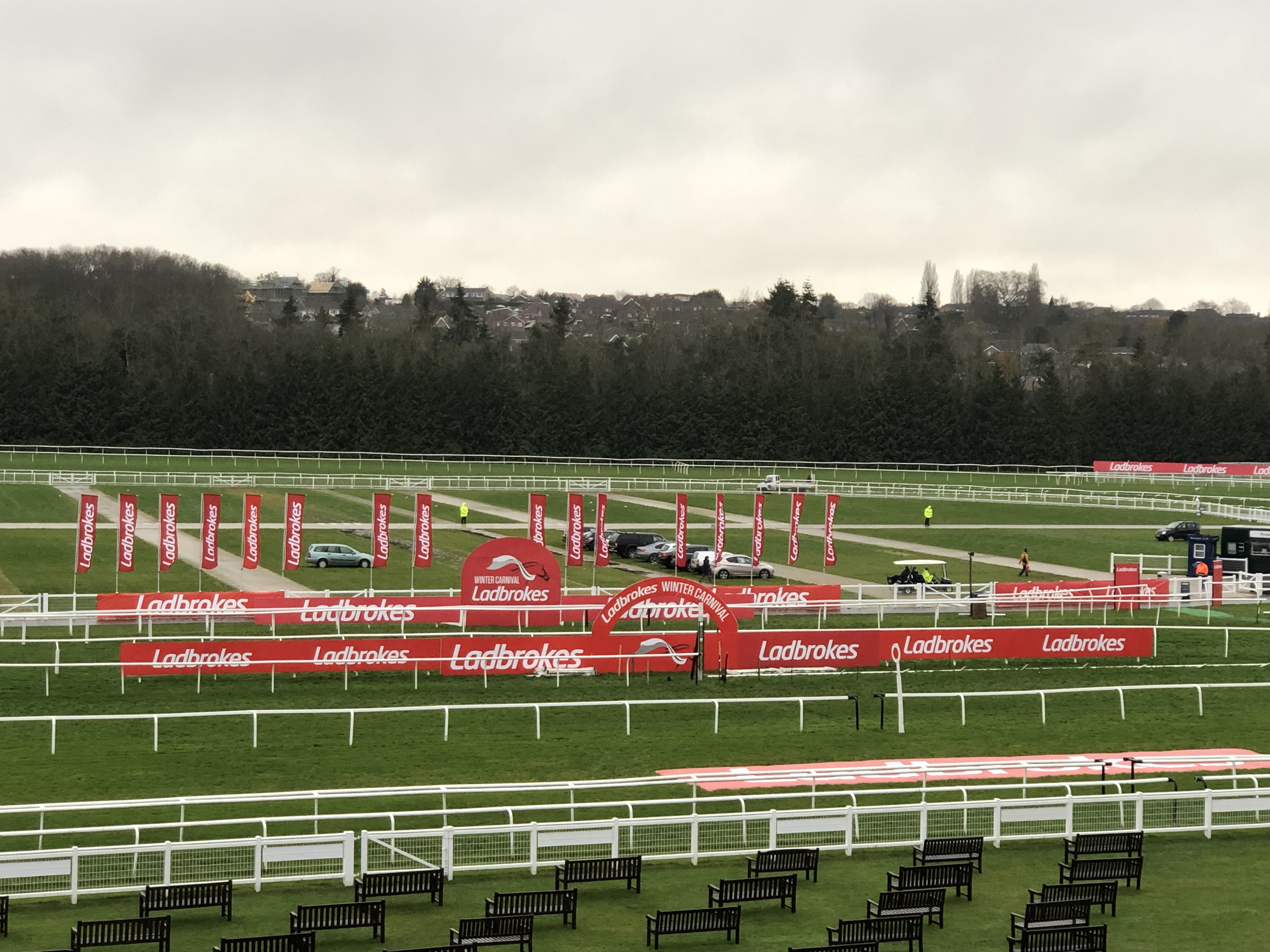 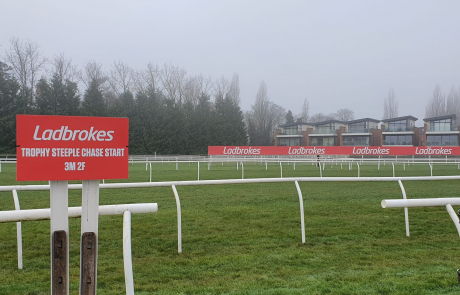 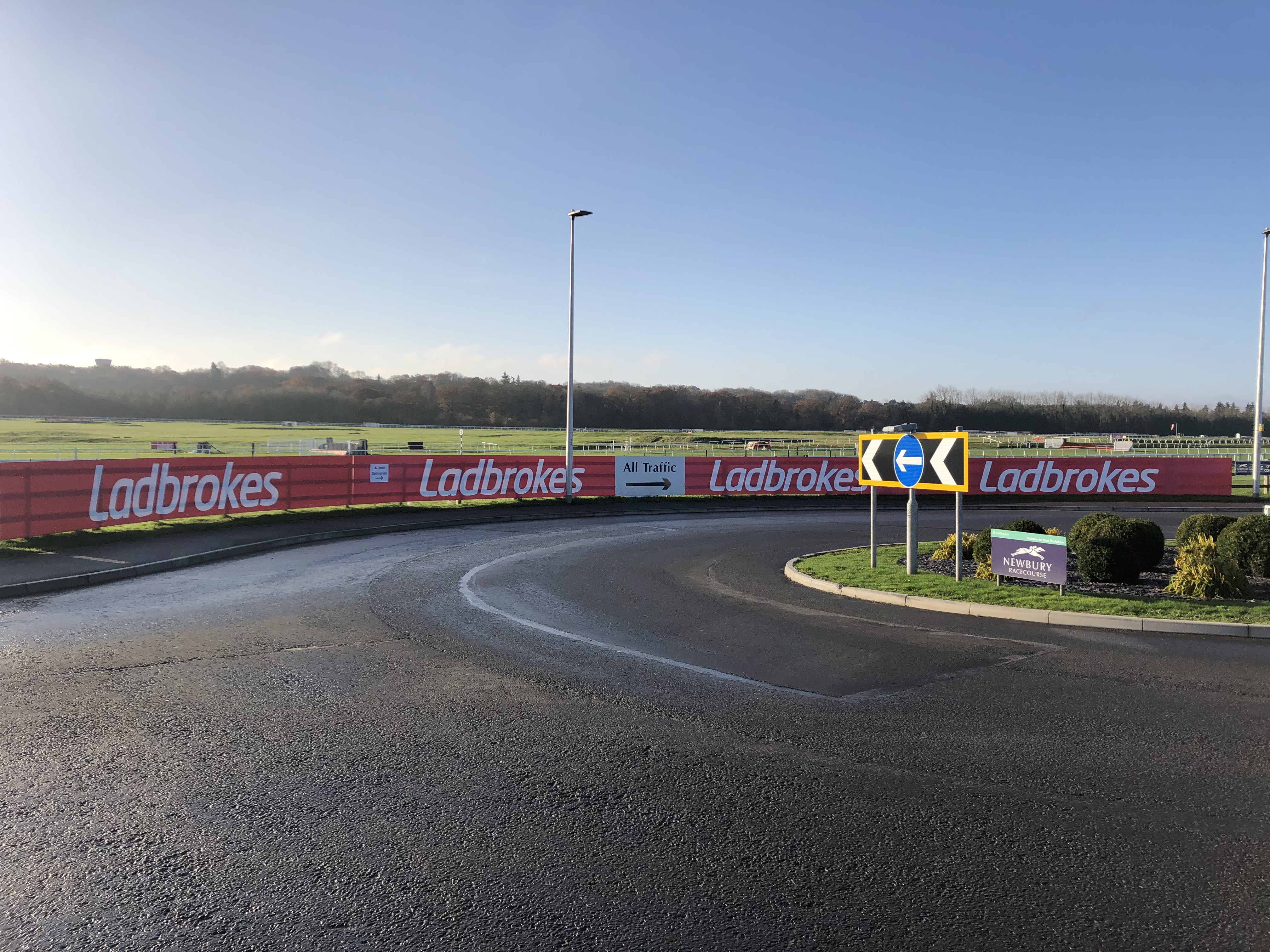 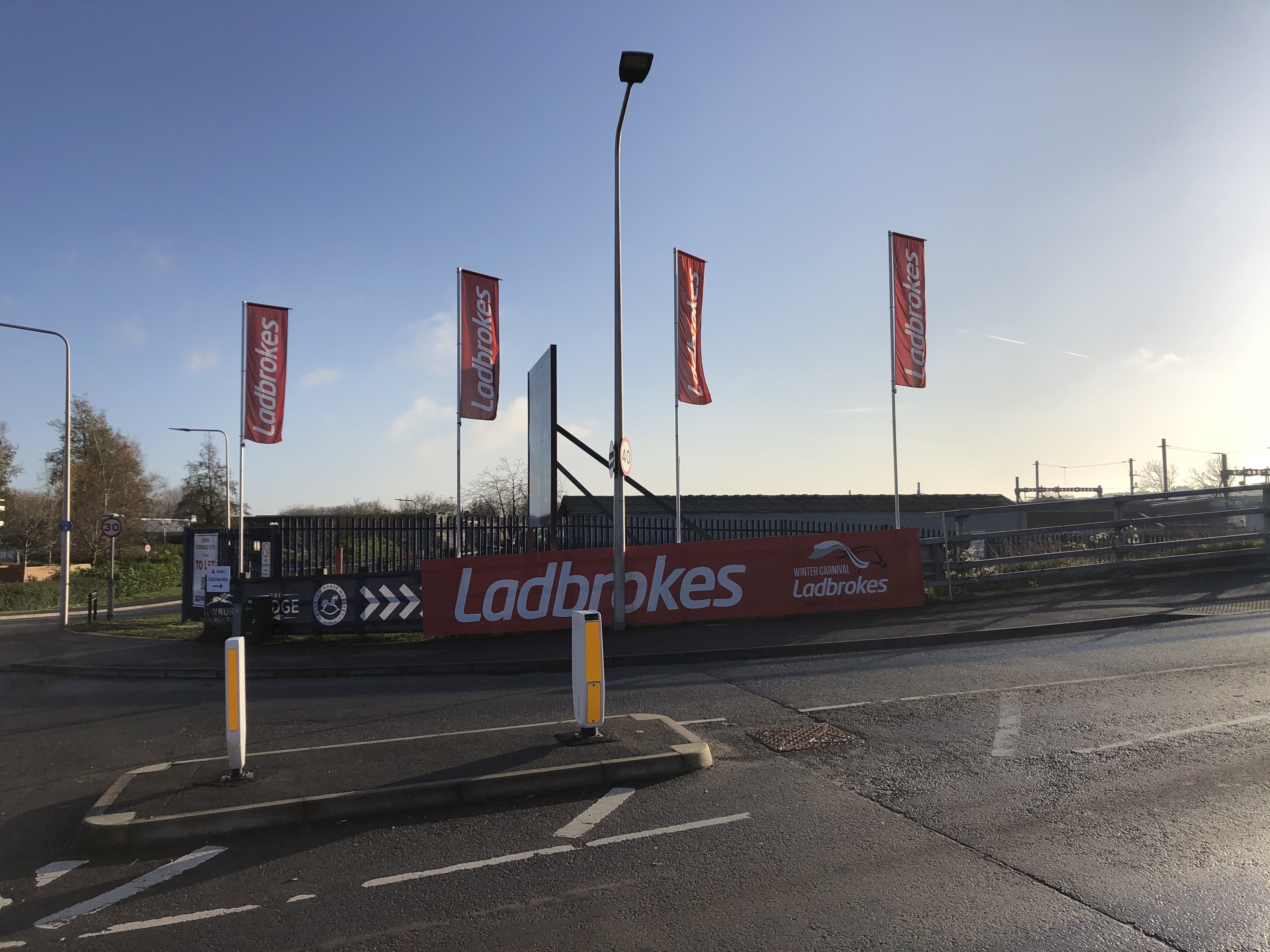 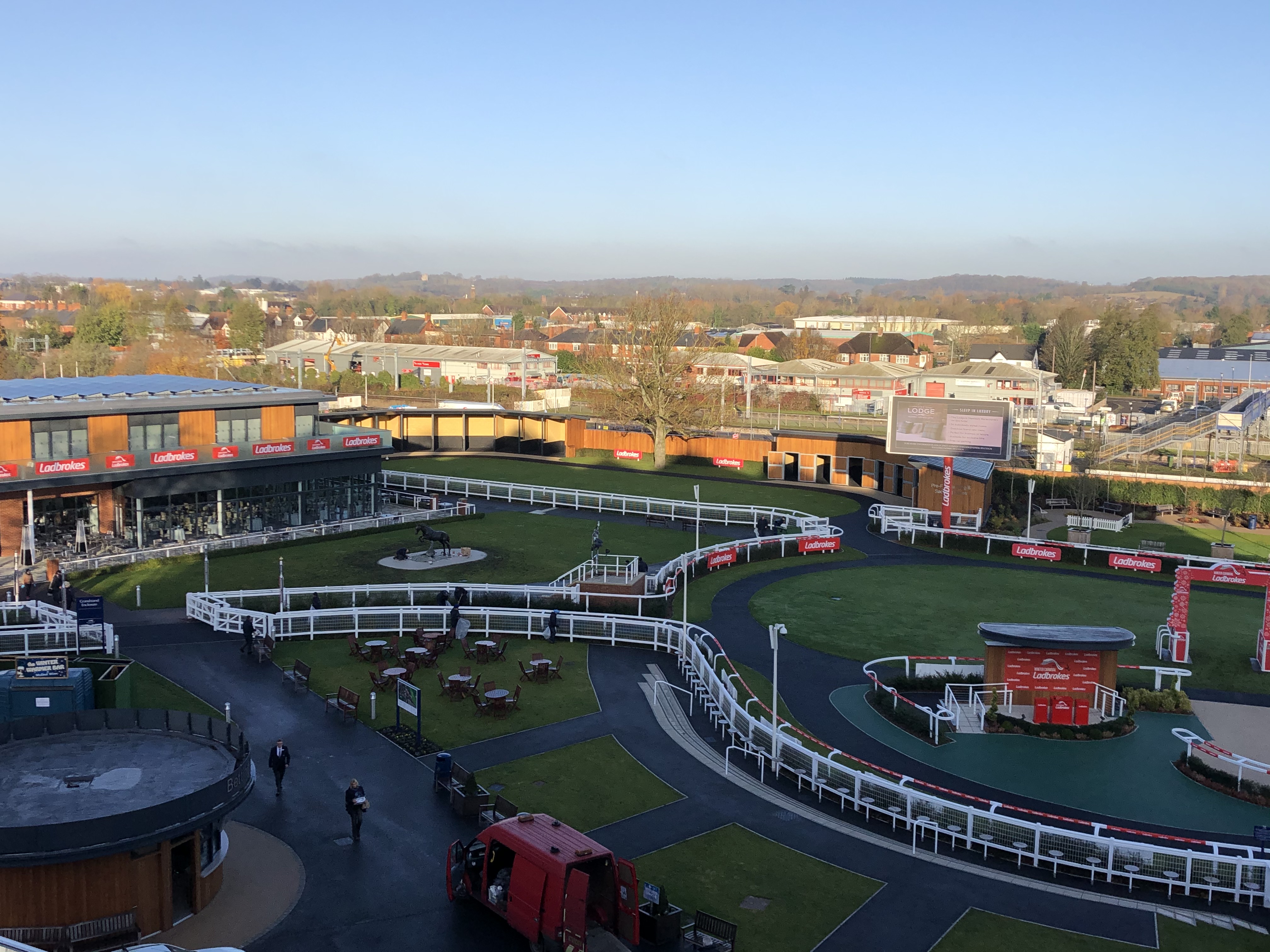 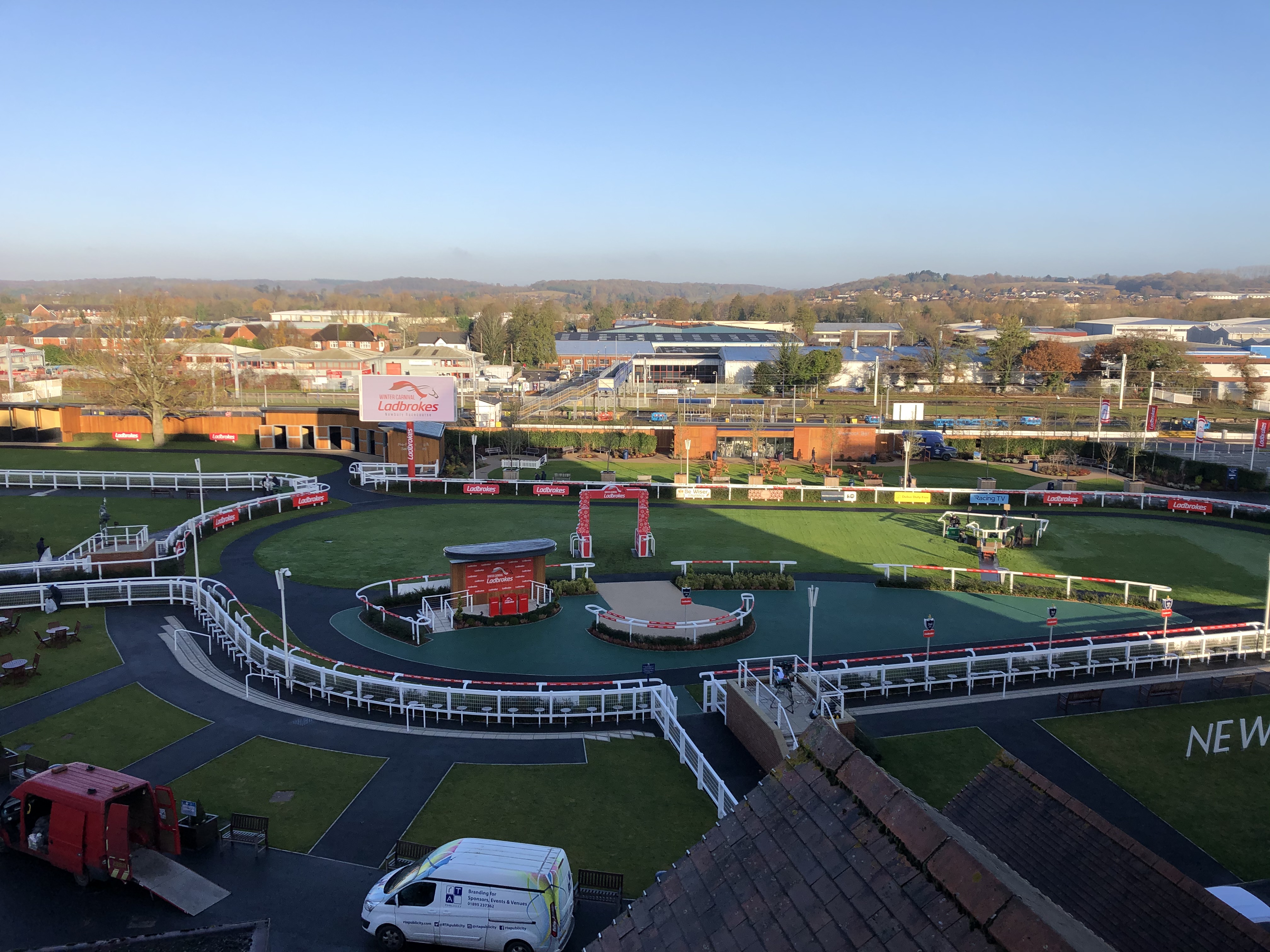 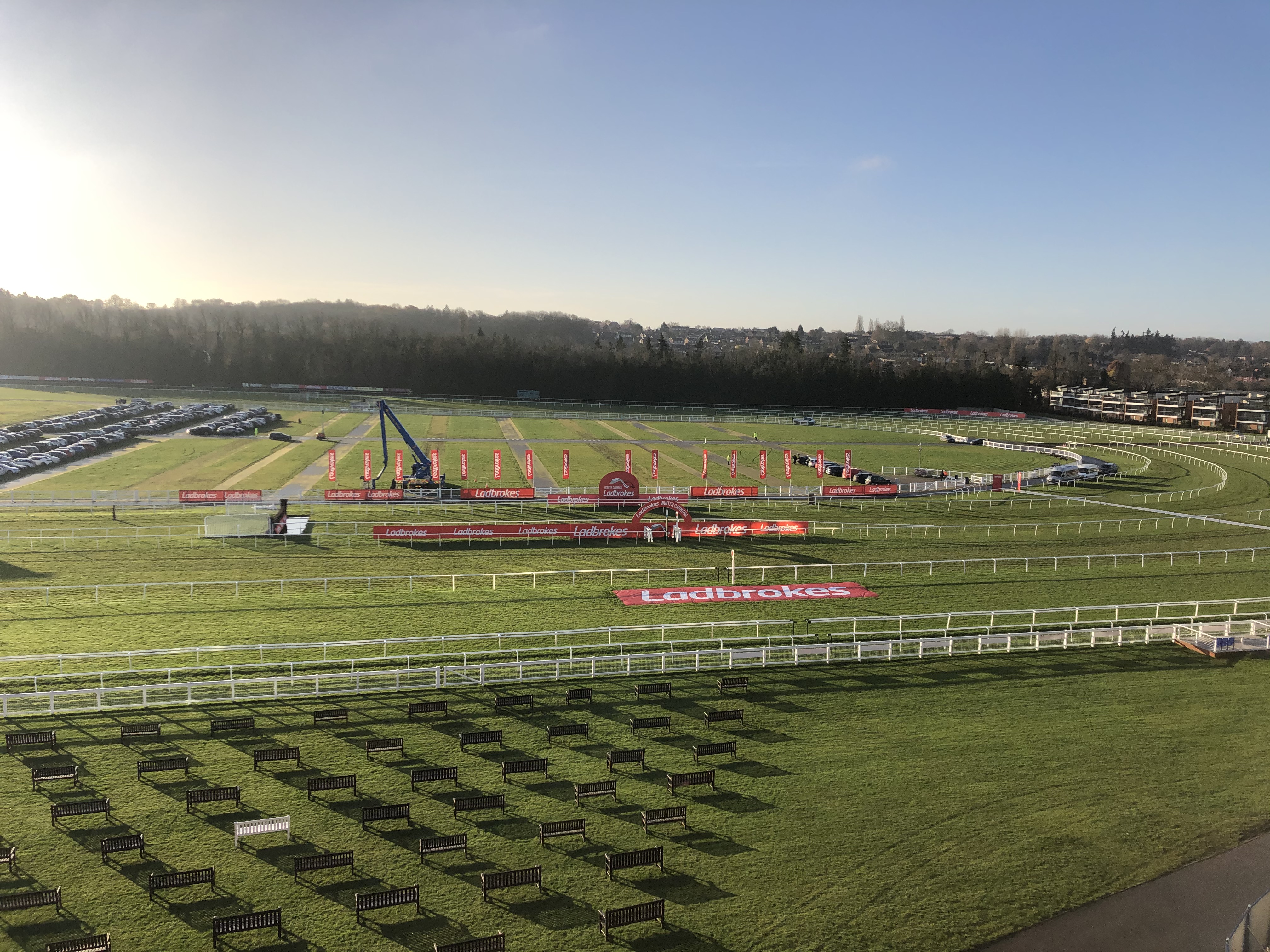 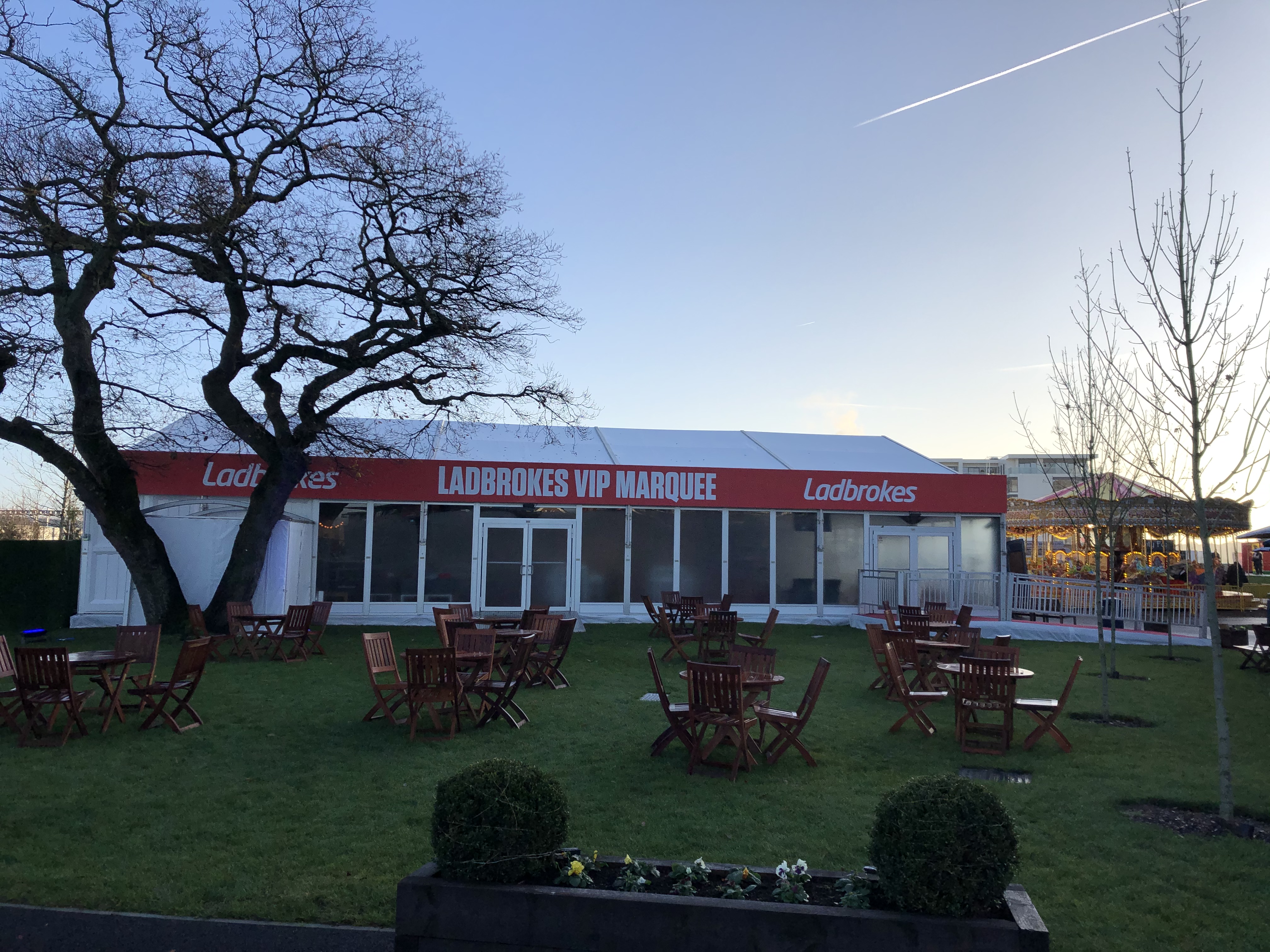 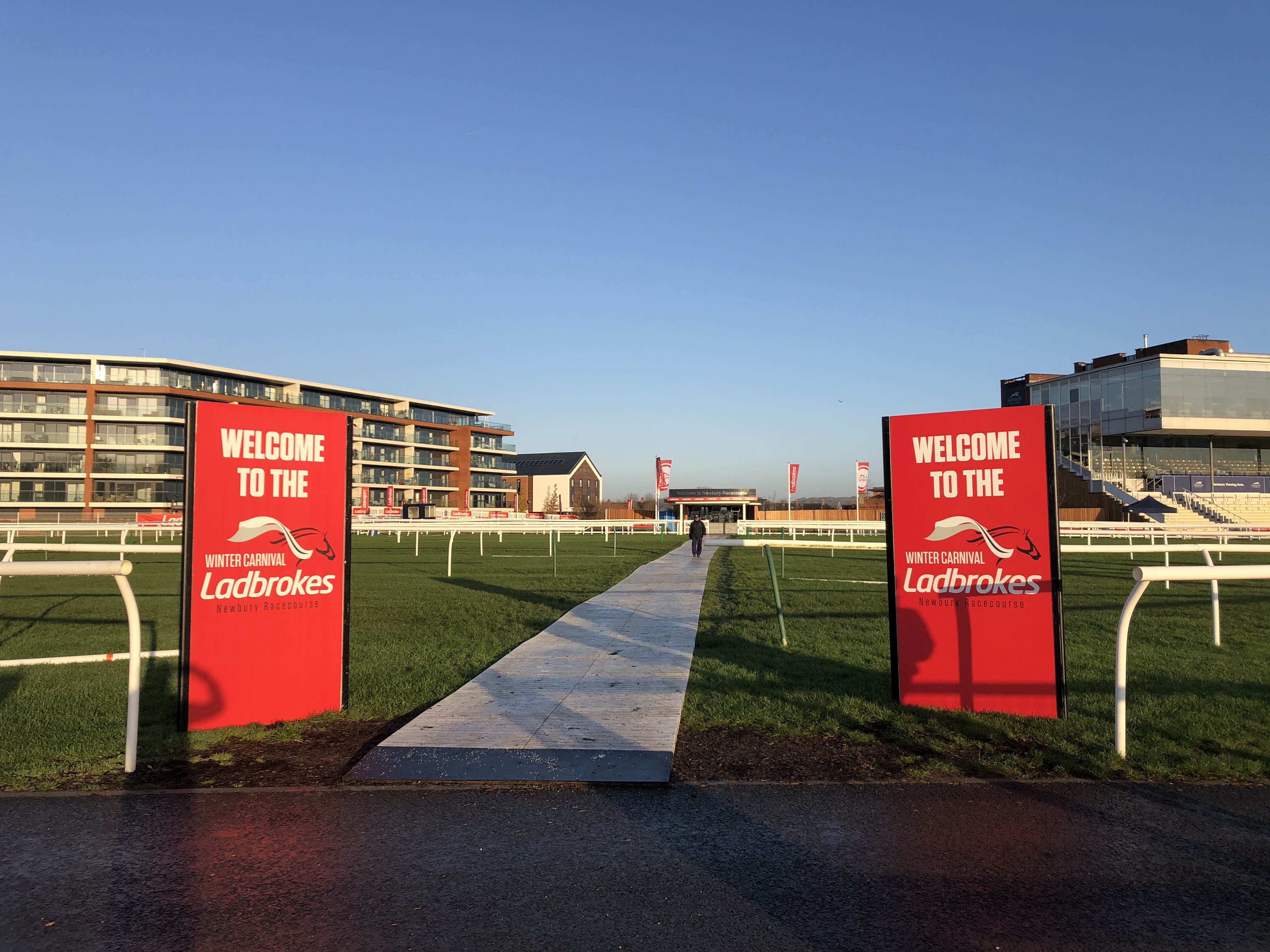 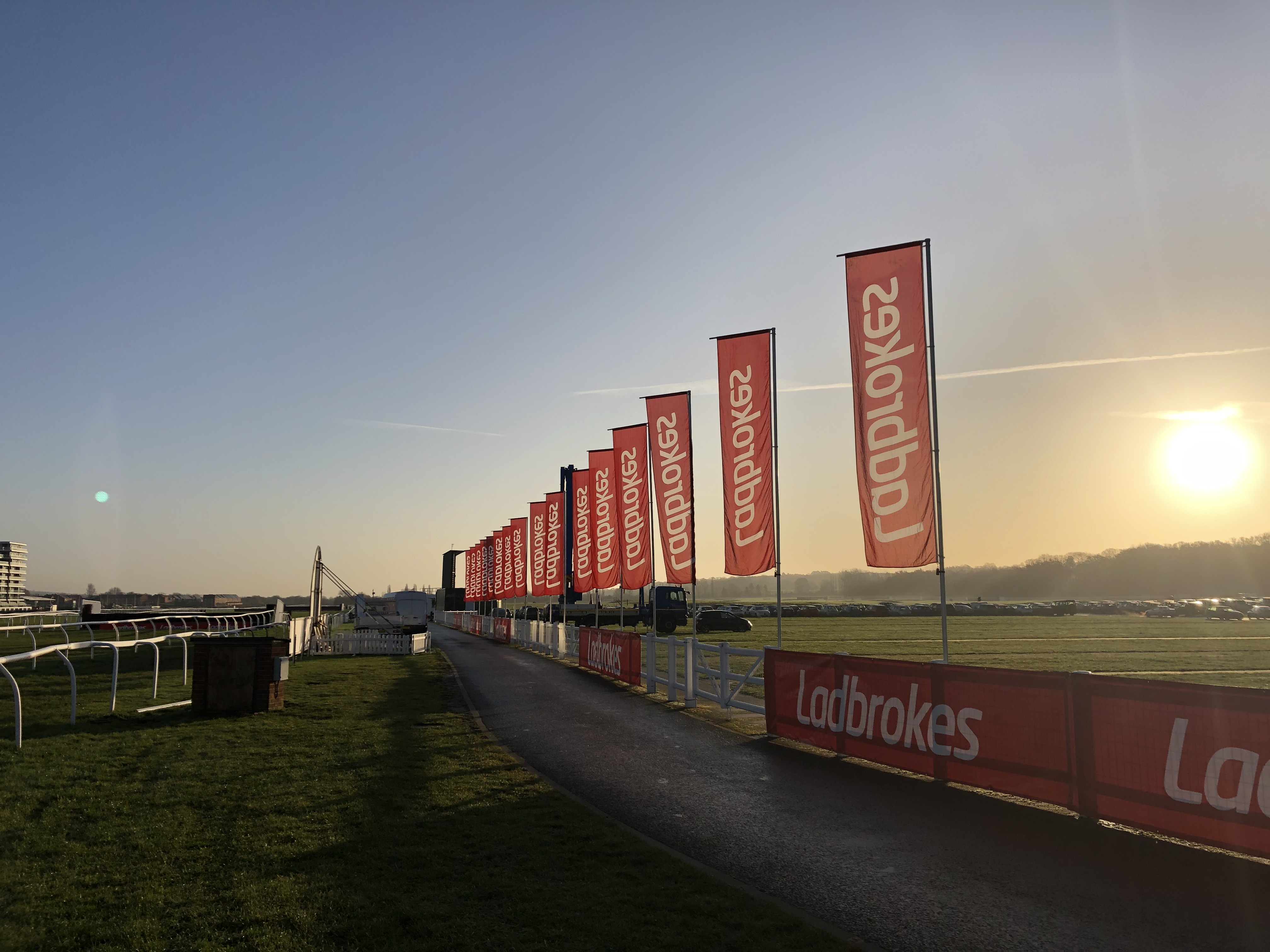 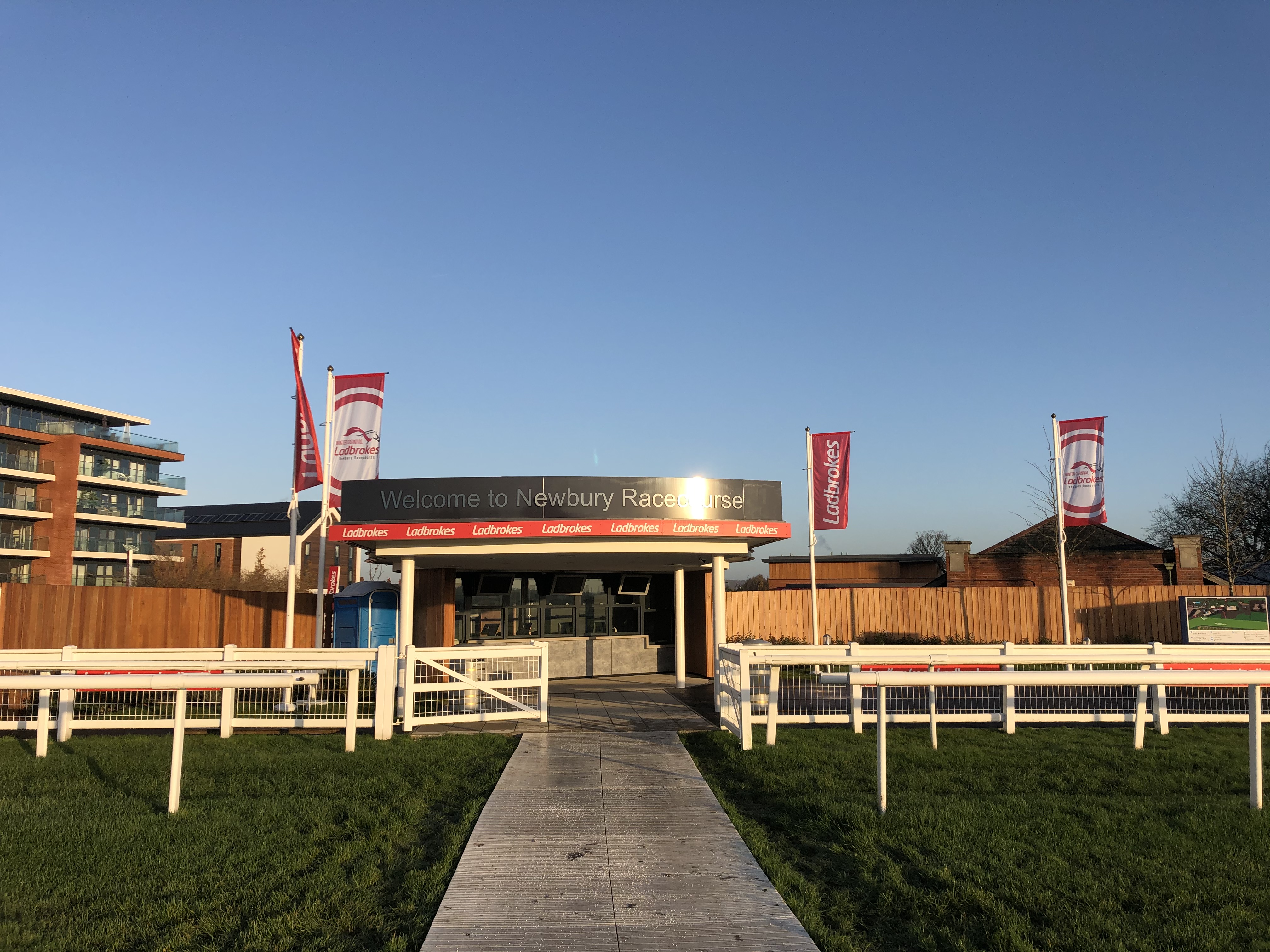 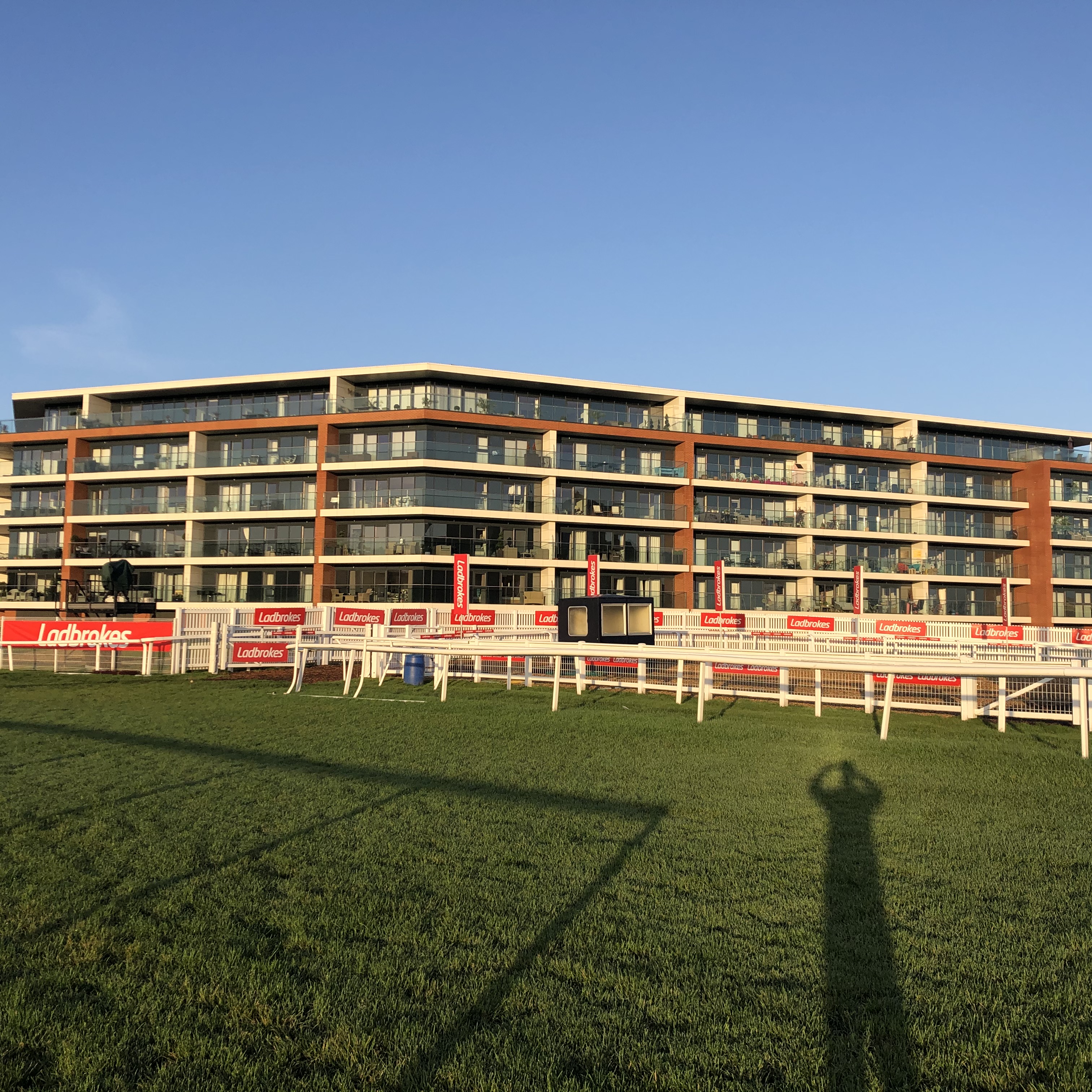 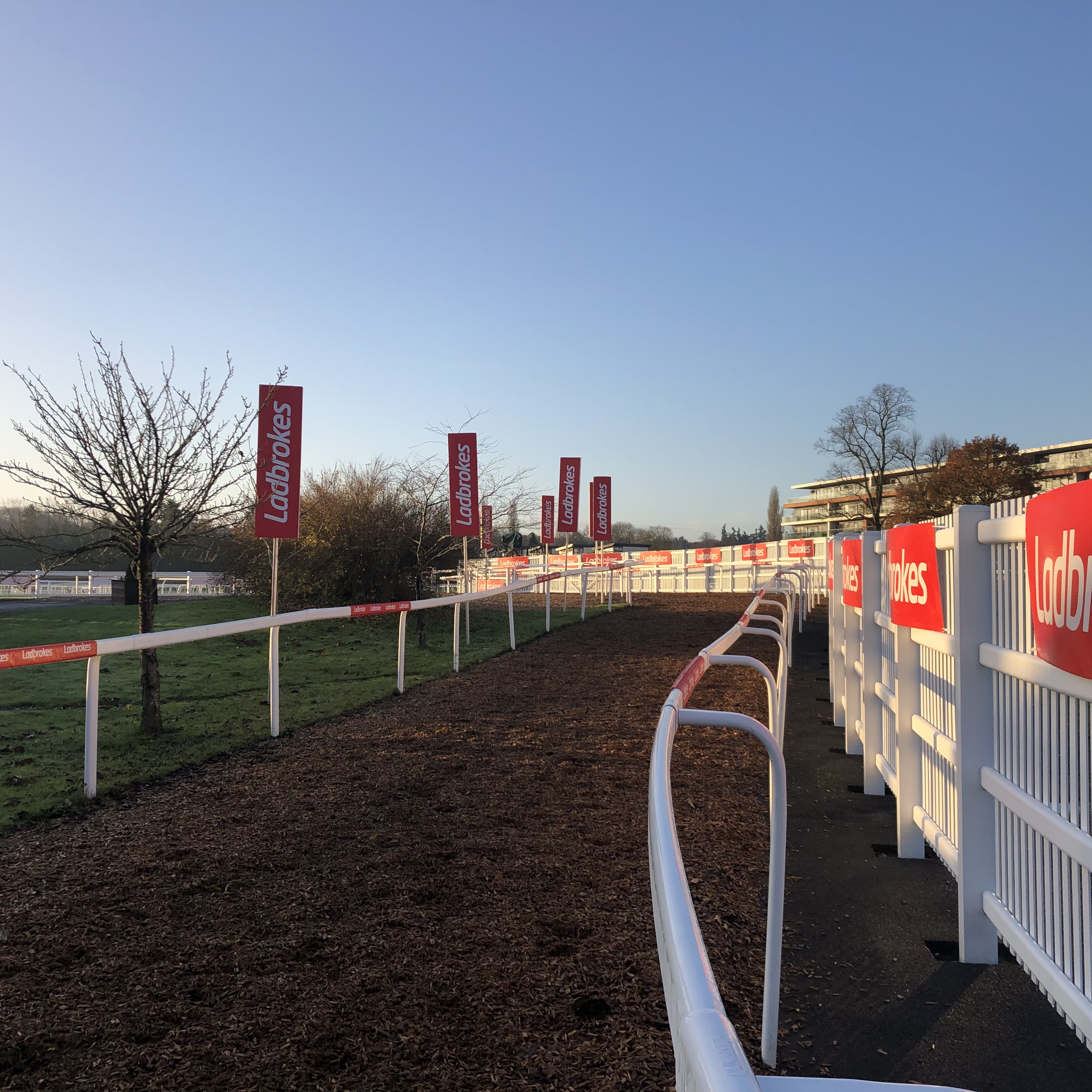 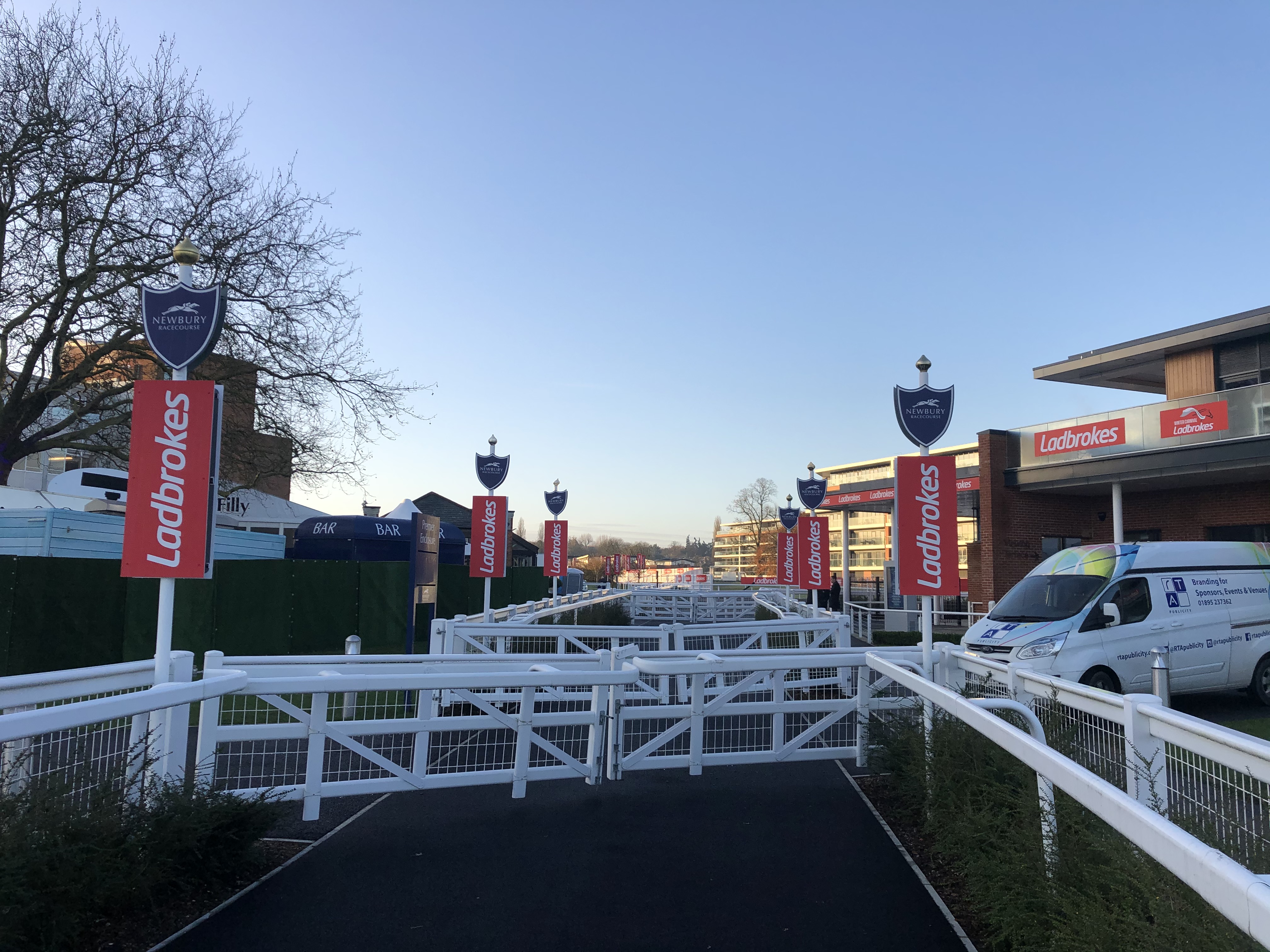 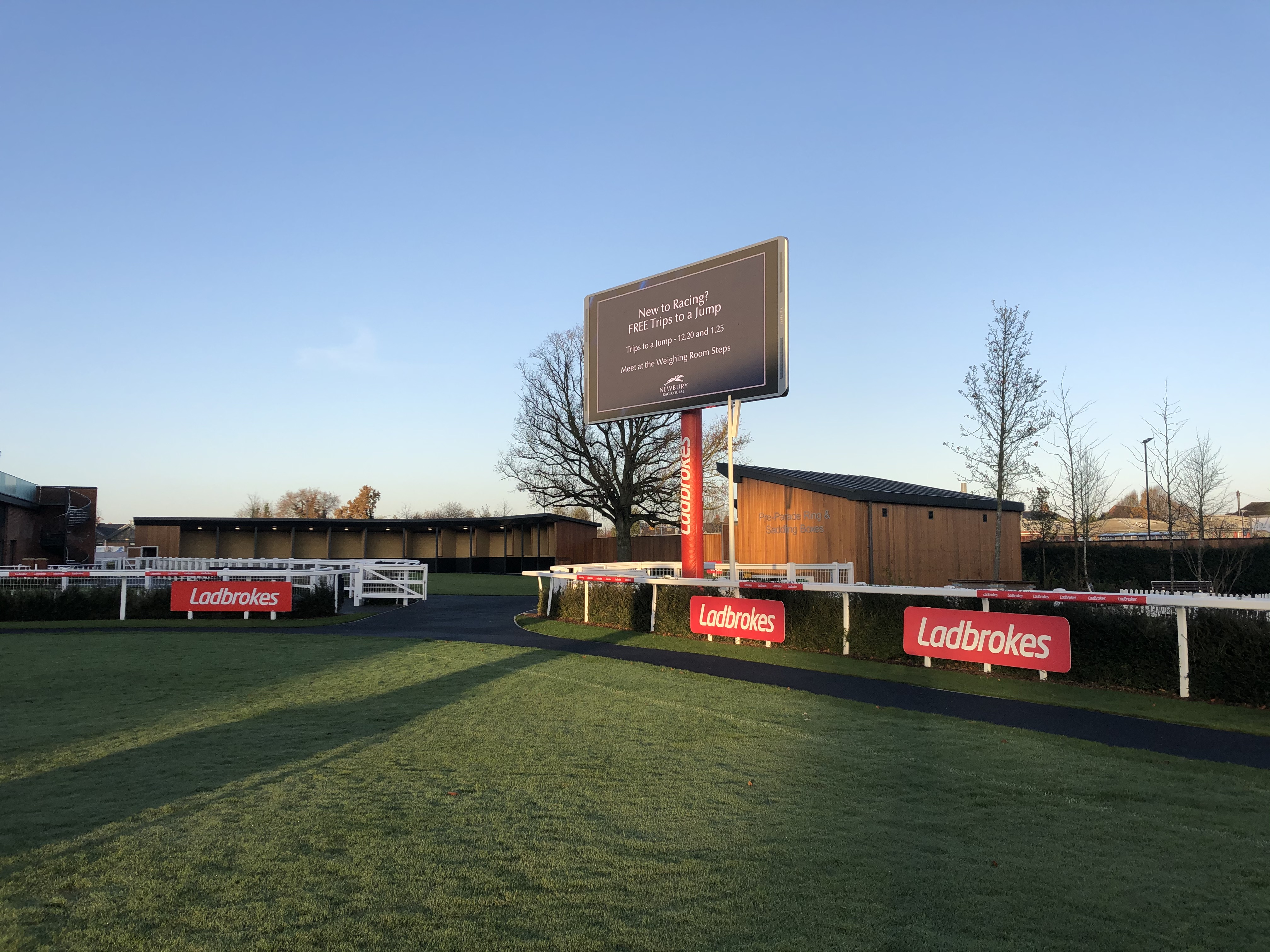 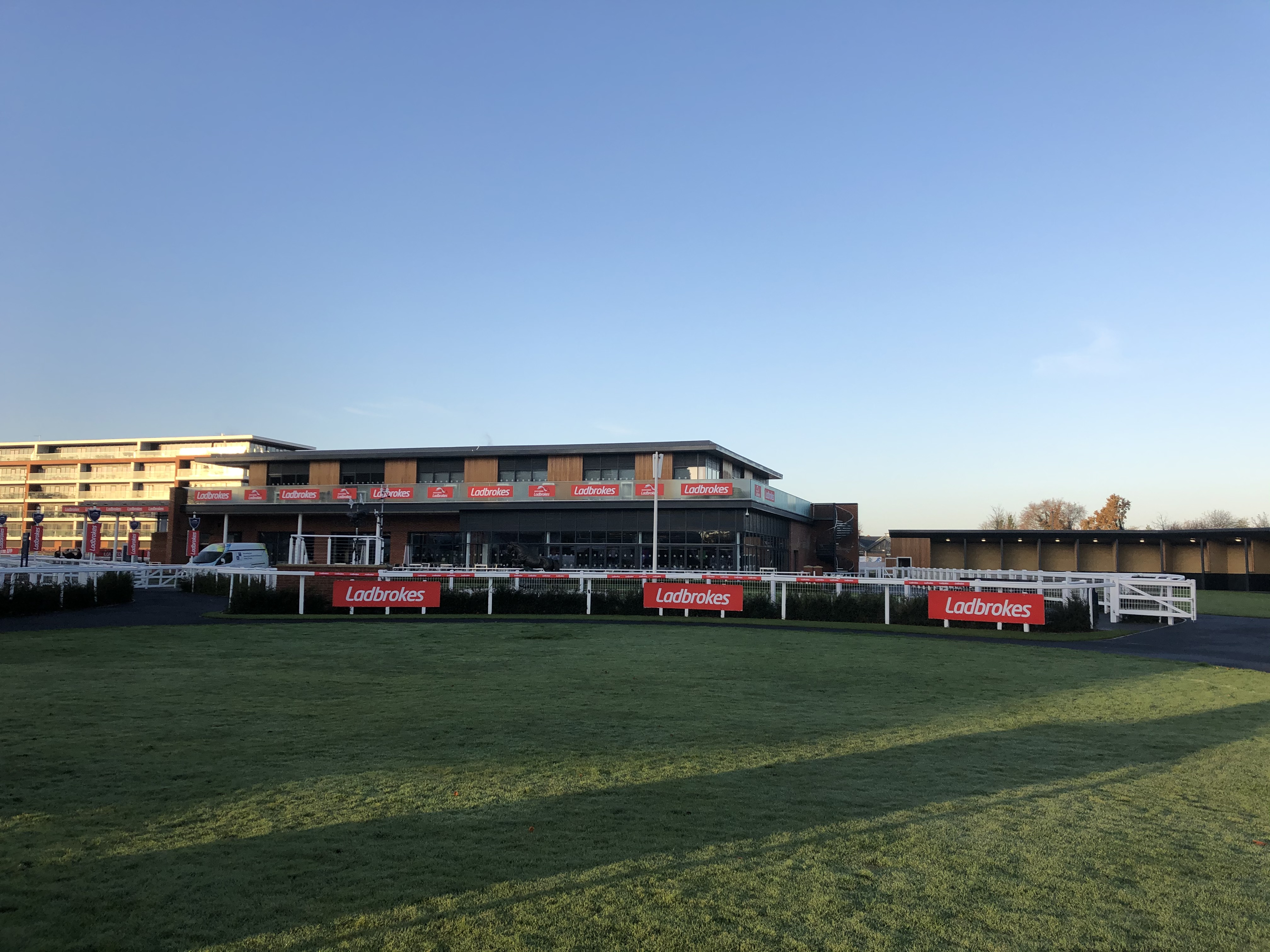 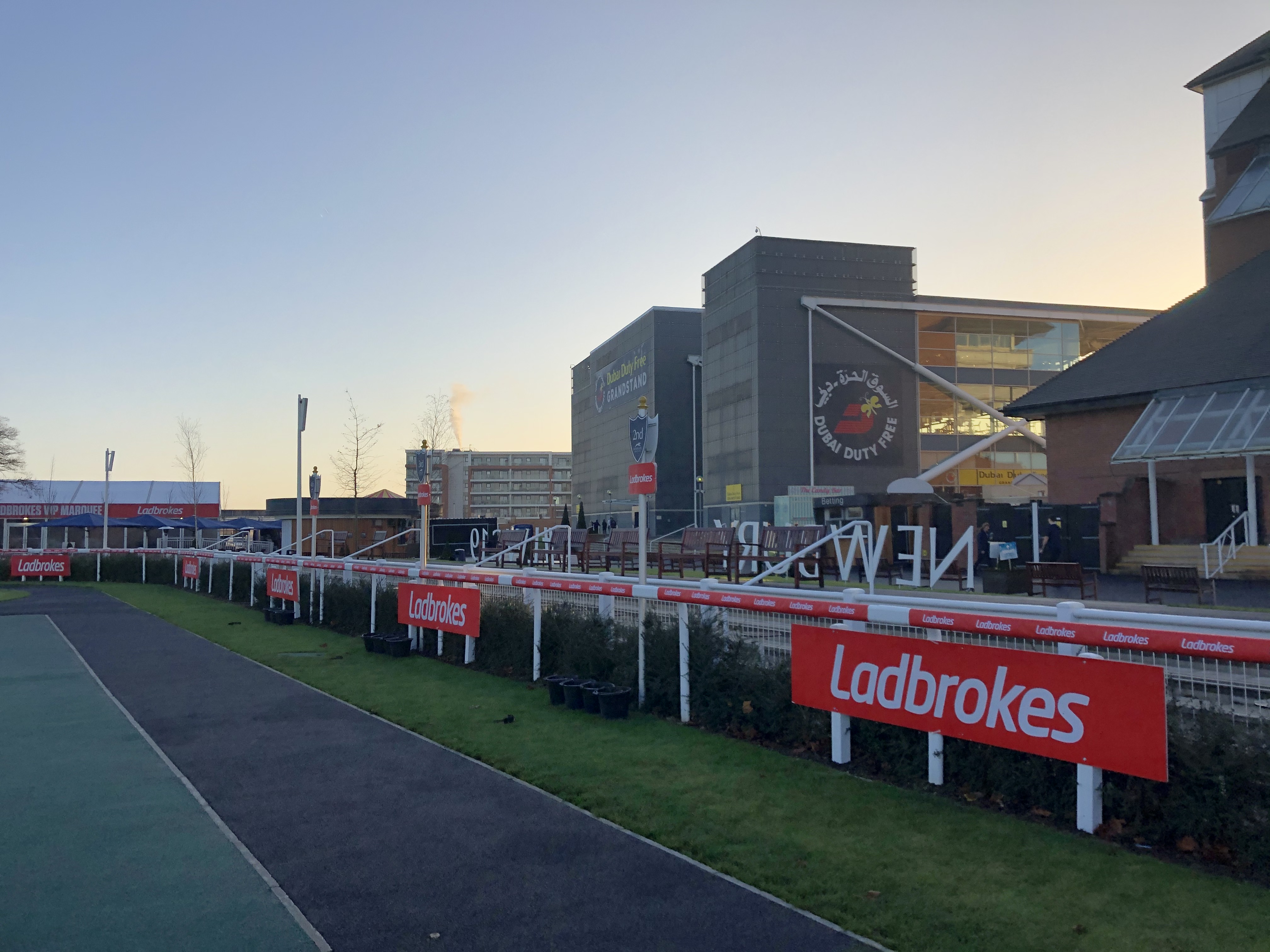 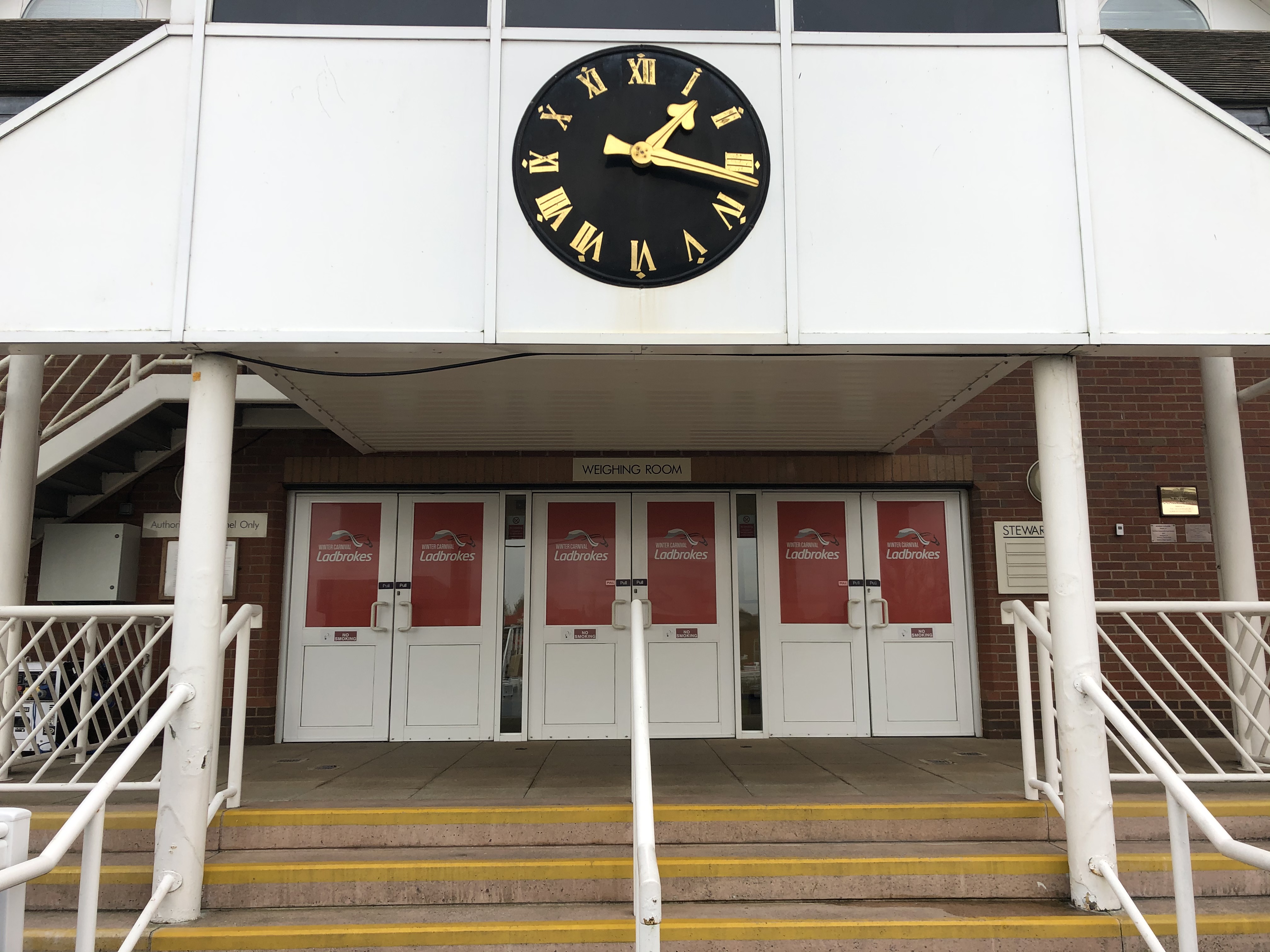 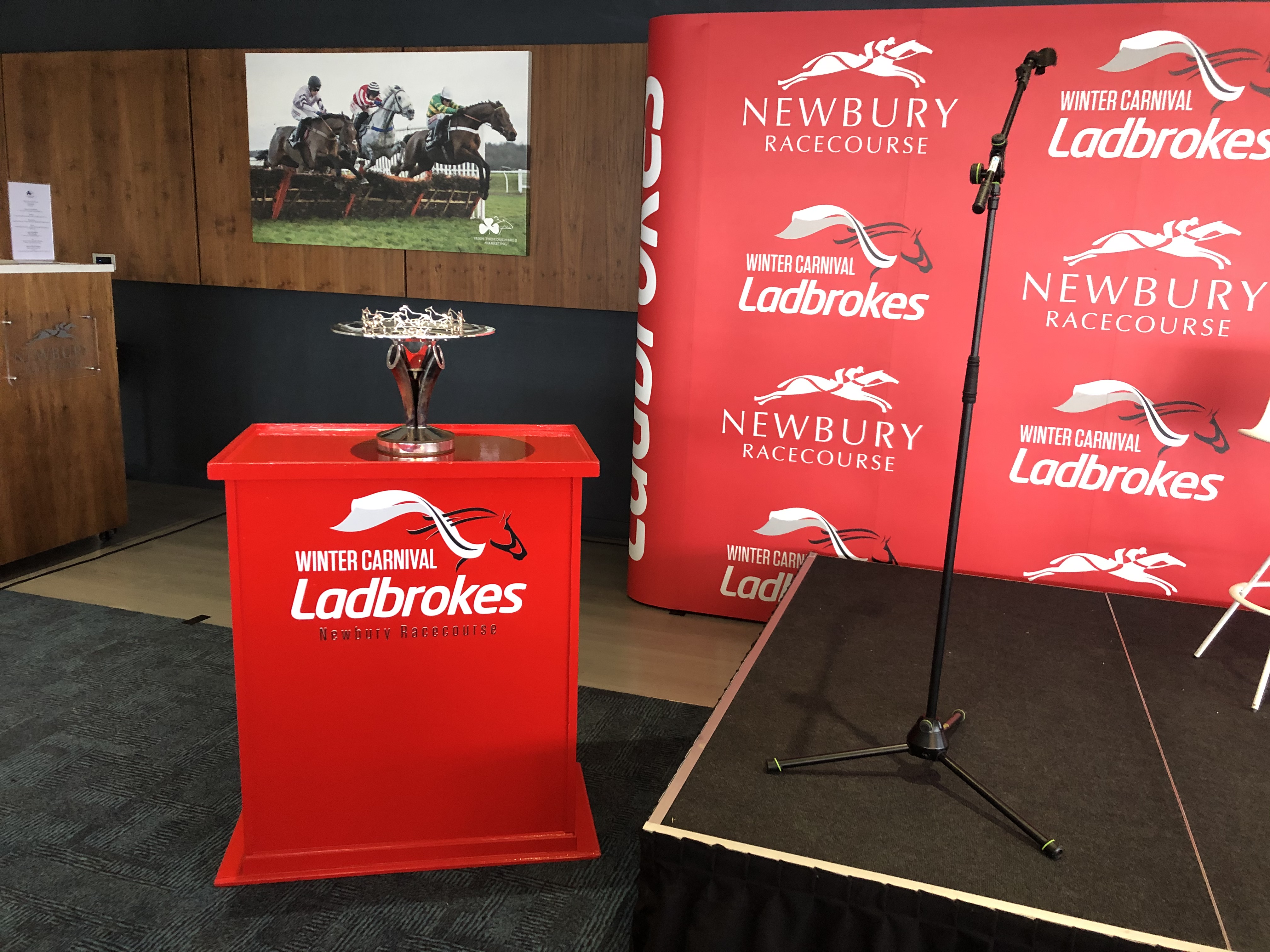 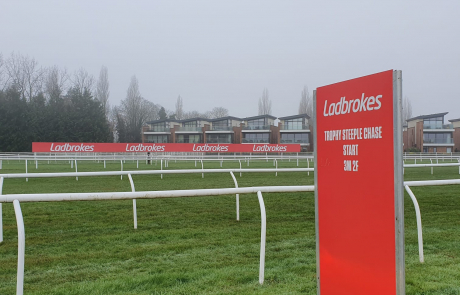